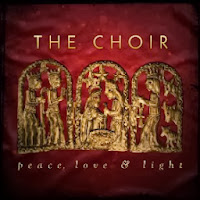 This year The Choir did their very first Kickstarter (one in which I actually had the money to help!). It went over splendidly and the band met all of their stretch goals. One such goal was the recording of a Christmas EP. What's great about this little album is that there's a few songs that don't get covered much. I've needed a version of "I Saw Three Ships" for awhile now and I'd never even heard "In the Bleak Midwinter" before. If you're a big fan of the band you won't really find any surprises here. Each version is lovingly arranged and appropriately "Choir-ey." Leigh Nash provides some guest vocals for the band's cover of "Baby, It's Cold Outside." I think their vocals work better here than in "After All" (off Loudest Sound). All but one song made it onto my Ultimate Christmas Playlist. And if you're curious, I didn't put "Away in a Manger" on it because I've already got Nat King Cole's version and I don't like repeats in my playlists. Anyway, it's a great little treat for fans and a good album in its own right. Maybe someday they'll do a full length Christmas album.