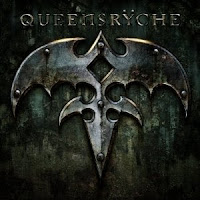 Queensryche is back. For reals. Frequency Unknown does not count. This new album, featuring three original members and new vocalist Todd LaTorre, is more passionate than the band has sounded since Promised Land. While it does return to the more metallic style of the first five QR albums, it really does have its own identity. Tracks like "Redemption" and "Vindication" are great metal tunes while others, like "A World Without," are slower and more melodic. Each song has a monster hook and the entire album just vibrates with an intensity I haven't heard in a long time. Todd LaTorre's vocals are stellar. He does a better Geoff Tate than Geoff Tate does. The deluxe edition features three extra live tracks (similar to Frequency Unknown's rerecords) which rock. While the extra tracks on Tate's album showcase just how flaccid his voice has become, the live tracks here do the exact opposite. The band is tight and LaTorre just owns the material. However, there are a couple of things that annoy me. Both "X2" and "Midnight Lullaby" aren't songs but noisy "interludes." I don't think they add anything to album - they are the very definition of filler. I would have preferred something more along the lines of "Waiting For 22" or something but I think that was Chris DeGarmo's department. The other problem with this album, it's too short! Not counting the interludes the album has nine tracks making the album clock in at about a half an hour. That seems a bit light for a band whose albums have always been very substantial. These are minor quibbles though. Overall, I think Queenryche has knocked it out of the park and if the judge doesn't award them the QR name in November it will be a miscarriage in justice (sort of... I know there's more important things out there).

Useless Fact: The deluxe edition also comes with a patch, guitar pick, buttons, and a sticker in addition to the extra live tracks. It also comes in a fancy big box.