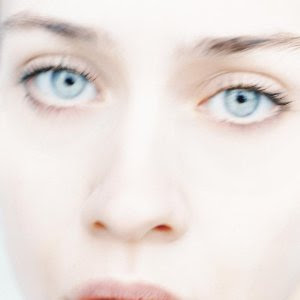 Not a huge fan of Fiona Apple. I never cared for her when she first came out and looked like an underage, slutty, heroin addict for her "Criminal" video. Though I do like that song. I like "Sleep to Dream" too and that's about it. It's not that this disc is bad, it's not. Fiona can sing. I like the husky, sultry jazz voice she's got going on. I just wish the rest of the songs on the disc were more like "Criminal" and "Sleep to Dream." Why? Because the rest of the album, filled with piano ballads, only makes me sleepy and that's not good for driving. My wife likes it though, so here it is on my Ipod... and blog.

Useless Fact: At the time of this album's release Fiona had kind of a reputation for being mouthy. She went on some rant at MTV's VMA's one year about being yourself and what not.
Posted by The Old Man at 10:19 AM