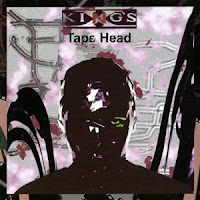 Is it possible for King's X to have a "worst album"? Sadly, the answer is yes - and here it is: Tape Head. After the bid for commercial success failed the band just went into the studio and banged out this album. It's very simplistic and very basic. I also don't think there's as much life in these songs as on previous releases. It's almost like they were tired of being King's X and didn't really want to even make a King's X album but did anyway. They've completely abandoned any sort of progressive sound by now, which isn't bad per se, but the songs are just not as catchy or as strong. I can only think of a few tracks that I really like, some of which include "Fade," "Hate You," and "Happy." "Groove Machine" is alright too and has become a concert staple. This is not the band's finest hour by far. Tape Head was the second King's X album to appear in Christian bookstores. Just in time for Dug to come out about his sexuality. Predictably, in their overwhelming Christ-like love bookstores pulled the album.

Useless Fact: Wally Farkas (from Galactic Cowboys) appears on the last track. Also, that's Dug's head wrapped in tape on the cover. "Happy" was originally a profanity laced song called "Quality Control" that was supposed to be on Dogman if I remember correctly.