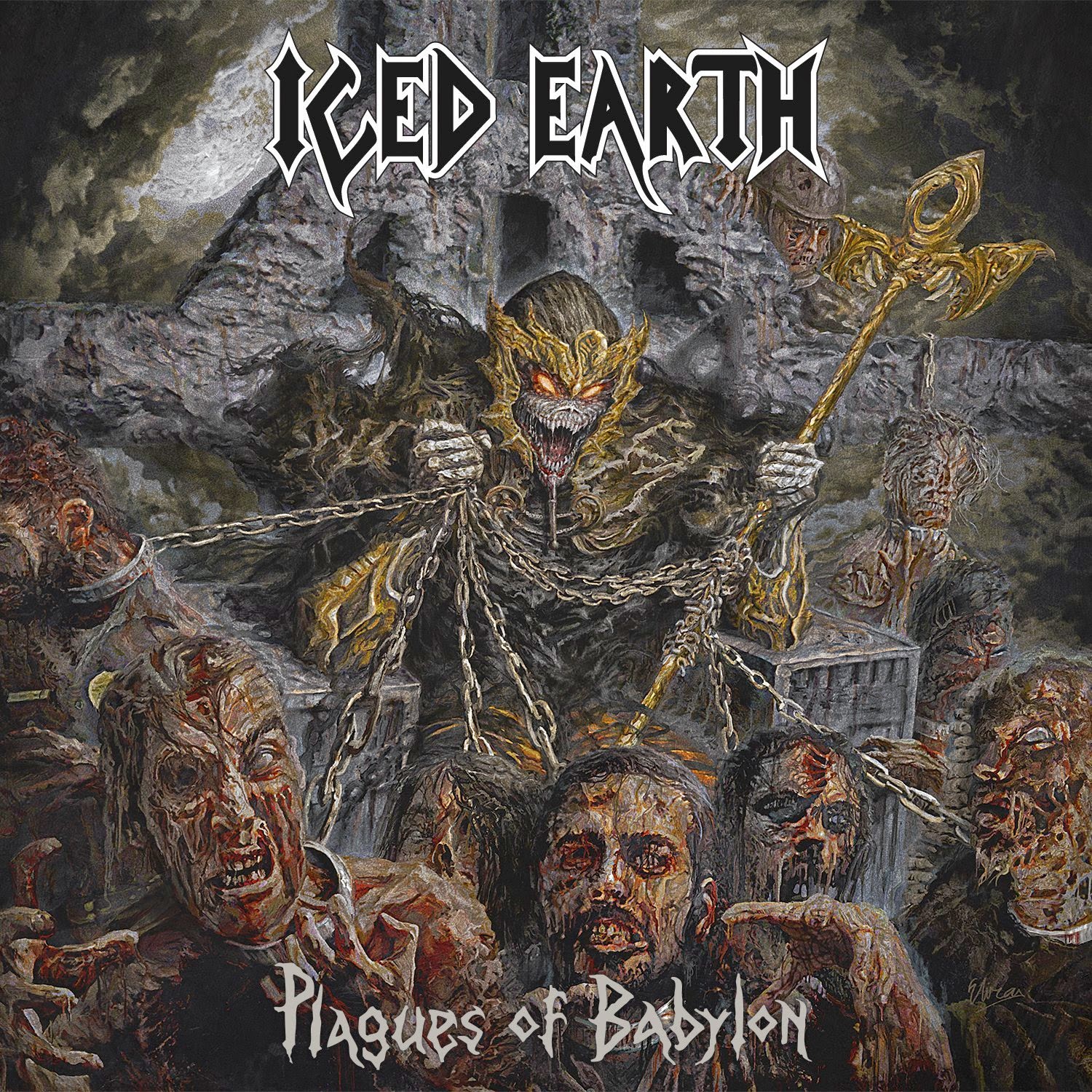 I don't always go on vacation, but when I do I end up buying an Iced Earth CD. Chalk it up to my relaxed attitude toward money-spending while on vacation. Even though I described their last album as "perfectly pleasant" I figured even if that's all it is it won't be a total loss. Luckily, it is better than just "perfectly pleasant" in that at least I can remember many of the songs and actually have some favorites. Stu Block continues to perform admirably and their's a little bit more variety in terms of song tempos. Also, no mention of single mothers anywhere. Plagues is quasi-concept album. The first six songs have a story arc continuing the band's Set Abominae mythos while the latter half is stand alone songs. Much like I prefer the non-conspiracy episodes of the X-Files, I prefer the stand-alone songs better. They're not tied down with the, frankly, inane story and that helps them resonate with me more. All I have to say about the story itself is that it includes zombies and I am so sick of zombies. I wish the general public would get over their fascination with them. On the other hand we have "If I Could See You Now." It's a great song about the pain of losing a loved one. "Cthulhu" is about, as the name suggests, a man named George Wimberton and his struggles in getting his family to church on time. Ha ha! I'm kidding, of course. It's about - you guessed it - the national debt crisis. Okay, all kidding aside I think I would have rather had a concept album about the Lovecraft stuff than the Set Abominae stuff. I guess I'm still in the very small minority that likes The Glorious Burden the best.