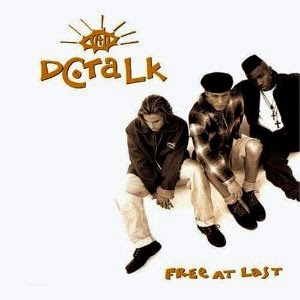 I have no idea how I've gone so long without actually owning this album. I also don't know how, despite having never owned this album until this year, I know almost all the words. I remember when Free At Last came out because it had come out the same time as Tourniquet's Pathogenic Ocular Dissonance. Most of the kids in my youth group bought Free At Last, but I think you all know what I bought. It was around Christmastime and all of us were geared up to go to a Newsboys concert but had to turn back because of the weather. Free At Last was the soundtrack to that trip. I am surprised at how much I enjoy this album. It's certainly a huge improvement over Nu Thang. The vibe is a lot more "genuine hip-hop" and less "Sister Act 2 finale." Toby's rhymes have improved immensely and by this point he's developed his own style. The songs themselves are classics. This disc even has little "skits" like hip-hop albums used to have back in the day. They're short and fairly amusing so they don't wear out their welcome. Like I said, I don't know why it took so long for me to finally get a copy.

Useless Fact: My youth group made up a little dance for "Jesus Is Still Alright." I can almost remember it the steps too.
Posted by The Old Man at 9:41 AM