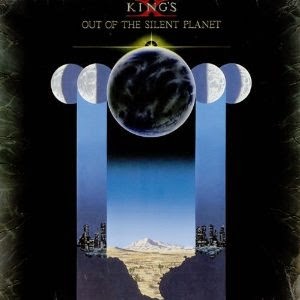 Recently I learned that a British record company had reissued Out of Silent Planet - remastered with extensive liner notes and such. I had to have it. I imported it all the way from the UK. The original album had very little in the way of liner notes and such. Well... this edition is a cool find for collectors. The liner notes contain, along with the lyrics, an extensive interview with Dug Pinnick about the early days of the band. Pinnick talks about the band's early work with Petra and Phil Keaggy and their start as The Edge and Sneak Preview. There's also many photos and the original Kerrang review of the album. Cool stuff for someone like me. The music is stellar of course. It's the same fantastic album you've come to know and love (at least you should know it, you Philistine!). It's been remastered but there was never anything really wrong with the original master in my opinion. There aren't any extra tracks but an album like this doesn't need any. I hope Rock Candy does the next four albums as well! I will be importing them for sure!

Useless Fact: Apparently Dug isn't wild about the band name, King's X. He's not even sure what it means. I've always liked the name because it was unique and distinctive.
Posted by The Old Man at 9:30 AM