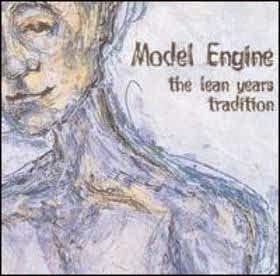 I've always considered 1997 one of the worst years for music (at least for me personally). Though now that I know that Model Engine's (formerly Black Eyed Sceva) one and only album came out that year I might have to reconsider. If you liked Black Eyed Sceva's two albums I can't imagine you would love this one as well. There are some differences, however. The sound I think is a little bit dirtier and grungier here with the guitars taking on a distinctly fuzzier tone. Also, while the lyrics are still excellent, they're not quite as transparent as Sceva. That's not a complaint, by the way, I love the lyrics on this album. I'm just a little sad that I could have been listening to this album for years and years. If only I would have gotten it sooner...

Useless Fact: The "F" in "Anonymous F" stands for exactly what you think it stands for.
Posted by The Old Man at 10:16 AM