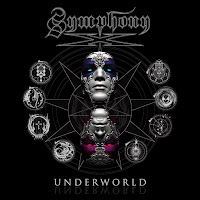 So yeah... remember when I bought Iconoclast twice a couple years ago? I've slowly become a Symphony X die-hard - so much so that I pre-ordered Underworld to make sure I'd have it whether or not we had money in the house. Is it the non-stop metal freight train the last album was? No, it's not, but that's okay. This disc is a little more progressive than the last. They've backed off a little on the throttle and let in more of the progressive elements that have been part of the band's sound. There's a little bit more of The Odyssey in here than on Iconoclast. However, they've kept a lot of the "fist in the air" metal from that album, only backing it off enough to let some more melody seep into the songs. What you have is an album that is at once very heavy and progressive, but a times dang near commercial with its hooks. So far, every listen has been a treat and it only gets better with subsequent listens. Underworld will almost certainly make it on my picks of the year list.

Useless Fact: The theme for this album, not surprisingly, is hell. Specifically Dante's vision of it but also it includes the general concept of an underworld as seen in Greek myths.
Posted by The Old Man at 11:31 AM