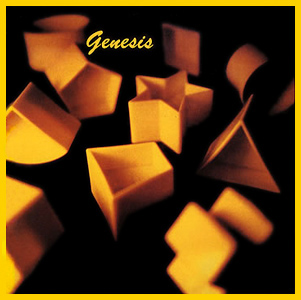 
Back when I was listening to samples for this album in preparation for the project, I stumbled up on “That’s All.” It’s a very distinctive song and I immediately recognized it…as something I heard a lot in the doctor’s office with my mom as a kid. It was quite the blast from the past. What I find interesting about this song is that it’s almost a textbook perfect example of a pop song. You’ve got the verses which have this interesting Motown-type groove to them. The chorus is bright, shiny and catchy. Then you’ve got the bridge which is a darker, minor key interlude that ties the rest of the song together in a neat little package. It’s actually quite brilliant.

I mention all this because as an album, Genesis seems to have garnered a bad reputation. Indeed, the self-titled album served as the sign that the band was never going back to their artsy, progressive rock past. It was the nail in the coffin. In many fans’ opinion it was the harbinger of death for a once great band. It’s too bad because there is some really good stuff on here.

First we’ve got “Mama,” the opening track. It’s a pounding, minimalist ditty that reminds me a bit of Collins’ “In the Air Tonight.” It’s far from radio fodder, for sure, though I think it was a big hit. I’ve already talked about “That’s All.” Granted, it’s definitely built for radio, and I’m sure at the time fans used it as exhibit A in their charges of “sell-out.” However, in retrospect I think it serves as an example of how good songs can be when written by actual musicians instead of a team of producers. “Home By the Sea” and “Second Home By the Sea” are interesting tracks as well. The first one is a cool, dark song about the titular haunted “Home By the Sea.” “Second Home” is actually an extended instrumental track that would have probably just been a part of the first one in the band’s earlier years.

“Illegal Alien” is… kind of racist – especially considering the faux accent Collins uses while singing the song. It’s not a bad song but there is some cognitive dissonance there. I have the original pressing of this disc, not the remaster. Imagine my surprise when I saw a picture of the band in Mexican make-up and dress. Wow. I am pretty sure that is not on the remaster edition. “Taking It All Too Hard” is awful, however. It’s just one of the boring, lazy sappy ballads that the band puts out on occasionally to pay the bills. You’ll remember this would be a huge problem on We Can’t Dance. I really make sure I listen to all of the tracks when I’m reviewing albums, but not this one. One listen and you can pretty much get everything this song has to offer. It’s awful. Thankfully, it’s just the one track. The rest of the album has some pretty good pop tunes, the best of which is “Just a Job To Do.” It’s a song about a hitman with a great hook and cool lyrics.

I was pleasantly surprised by this album. I was expecting to something more akin to We Can’t Dance – that is, a few decent songs surrounded by crap. What I found, however, was a pretty solid pop album much like Abacab and Invisible Touch. It’s not their best, but there are some real gems on here and I’m glad I took the time to give it a fair shake.

Useless Fact: According to Wikipedia, “That’s All” was written by Collins as kind of a tribute to The Beatles and Ringo Starr.
Posted by The Old Man at 10:44 AM