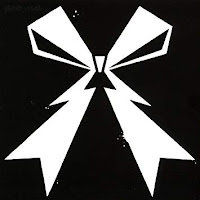 After loving Just Bring It I had to get their newest, World Domination. For some reason this one was kind of a grower. I just wasn't as much into it at first. I don't really know why as the instrumentation and songs are just as good if not better than the previous album. I did get more into it after several listens. "Anemone" is one of my favorite tracks and it's one of the quieter ones. I don't have too much more to say. It's good. If you like the band, you'll like this one - hopefully it will take less listens than you to get into it.

Useless Fact: Not really a fact...but...the liner notes fold out into one of those giant welcome mat sized posters. I really hate that. Give me a book. They are easier for me to deal with.
Posted by The Old Man at 8:02 PM