Sixpence None the Richer - "Lost in Transition" 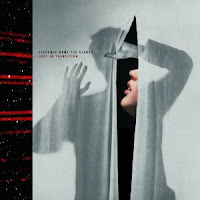 Sixpence None the Richer - Lost in Transition
2012, Tyger Jim

All I have to say is:

Seriously. This album has been done since 2010 and has been sitting on the shelf for two years! You'll recall that this albums lack of release has been on my "Disappointments" year end lists. Finally, miraculously, it's here. Is it worth the wait? Sure is. I like it a lot. It's not quite as awesome as I was expecting but it's still a fine release with great songs. They've used three tunes from the My Dear Machine EP and they sound the same for the most part. The rest of the album has some great hooks with a little country flavor. Not annoying modern country, mind you, but real country. Leigh Nash has said that artists like Patsy Cline have influenced her since the inception of the band and that influence comes to the fore here. It's more than just shoe-horning in a pedal steel here and there too. Some of the vocal melodies seem to be cut from the bygone era of female country and western singers. It's just enough to give the album a little spice and flip on my nostalgia chip.

Unfortunately, it's not a perfect album. The song "Failure" is kind of boring to me. Also, the album seems a bit light. I think part of the reason is the short length of the songs. Leigh herself said this album tries to focus more on the songs themselves instead of instrumentation. Each song comes in, does its thing, and leaves. I kind of wish they would have slowed down a bit and explored the songs a little more - let them breathe. Despite those complaints, I really do like disc a lot and I'm so happy that it's finally seen the light of day. I hope this is the start of a new era.

One rant before I finish. The band has gotten a lot of press for this album. I even saw a little blurb in Entertainment Weekly. This made me very happy. What disappointed me was that they said the band had moved away from their "sugary pop" past or some nonsense. In fact, every single thing I read about the band talks about how they've strayed from their pop roots. People, let's get this straight. SIXPENCE WAS NEVER A HAPPY POP BAND. EVER. They were ponderous and melancholy from the very beginning (you know, their first album with the happy, shiny title The Fatherless and the Widow). They didn't produce "singles" they produced albums that were meant to be listened to as a whole. "Kiss Me" wasn't even supposed to be on the self-titled album and neither was "There She Goes." These are the black sheep in the Sixpence library. It just really irritates me that people judge the new album based on those two songs.

Labels: Sixpence None the Richer