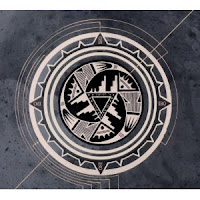 O.S.I. started as a side project of ex-Dream Theater keyboardist Kevin Moore and then drummer Mike Portnoy. They've released several albums of which Fire Make Thunder is the latest. It was another purchase I made on vacation and out of all the music I bought I think this is my favorite. O.S.I. are a progressive rock/electronica hybrid that reminds me a bit of Passafist in a way (i.e. it's a bit more rock side than the industrial side). Kevin Moore's subtle vocal delivery almost reminds me of Dave Matthews or Mumford and Sons sometimes. It's certainly unique and interesting. I'm going to have to check out more of this band's back catalog soon!

Oh, funny story, I was listening to this in the car with my wife and daughter when "For Nothing" came on. Lexi did not like it. She said it made her "sad." She actually requested that we listen to Sixpence None The Richer (which has become one of her favorite CDs). She's two, by the way.

Useless Fact: The intro to "Cold Call" features a broadcast by a station in Fort Wayne, IN. There was a miscommunication somewhere and the station was reporting an emergency when there wasn't one. Fort Wayne, for my faithful readers, is where I went to college and learned how to make large lists of nouns.
Posted by The Old Man at 1:03 PM