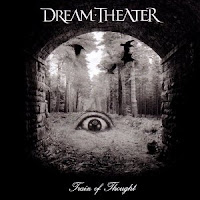 I was in college when Train of Thought came out and I didn't really pay it any attention. Since my recent rediscovery of the band I thought I'd pick this up as people say it's their heaviest. Indeed, this is some of the most aggressive music both sonically and lyrically the band has put to tape. Given my love of heavy stuff it's safe to say that I really like this album.  Their love for Metallica is evident throughout but especially on "Endless Sacrifice" where they rip off the "Blackened" verses. It's also the most "nu-metally" as some parts almost sound like System of a Down's Toxicity. There's even some rapping in "Honor Thy Father." You'd think this would come off as silly and stupid at best and pandering to the "kids" at worst. This seems to be a divisive album according to the reviews online. Then again, it's pretty much my M.O. to like albums people tend to hate. Anyway, the band manages to create memorable songs - no easy feat considering most of the tracks are about ten minutes long ("As I Am" and "Vacant" being the only two exceptions). Oh yeah, I almost forgot to mention Jon Petrucci's solos in this. They are absolutely insane. Fast and intense - I didn't even think people could pick that fast. So there's a bit of wankery here and there but all in all a solid package that I quite enjoy!

Useless Fact: "Honor Thy Father" is about Mike Portnoy's step-father. It contains the most profanity I've ever heard in a Dream Theater song.