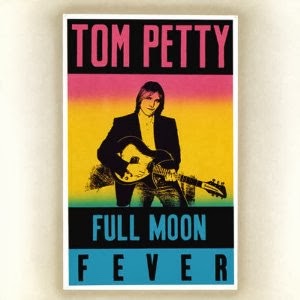 While I never had the entire Full Moon Fever album, the singles really, really take me back. They remind me of a particular time in my life when my entire day consisted of church, watching MTV, listening to music, playing Nintendo, and reading Nintendo Power. I had absolutely no responsibilities other than "stay out of trouble" and "don't burn the house down." Fine, fun times. "Free Falling" and "Runnin' Down a Dream" were played endlessly on MTV. They're also played on the radio stations a lot down here in Georgia and each time it activates my nostalgia chip. For whatever reason I never saw fit to buy the entire album as a lad. After my dalliance with Greatest Hits I naturally defaulted to Full Moon Fever on my quest to find more Tom Petty. People, if the singles are all you hear from this album you are missing out. The entire CD is full of finely crafted pop rock with stellar musicianship and catchy hooks. As tend to be the case when I research an artist, my favorite tracks aren't even the singles. "Yer So Bad" and "The Apartment Song" are two of shining examples. As is "Alright For Now" which is a beautiful acoustic ballad - I didn't even know Tom Petty did that kind of thing.

Useless Fact: George Harrison and Roy Orbison both lent their considerable talents to the making of this album. Some fans even refer to this as Traveling Wilburies Vol 2. (Traveling Wilburies being the supergroup comprised of Petty, Harrison, Orbison, Bob Dylan and someone else whose name escapes me.)
Posted by The Old Man at 9:29 AM