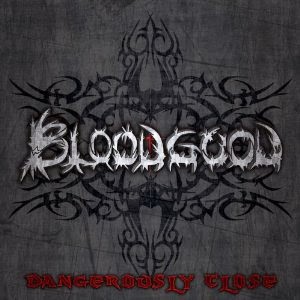 Bloodgood is back! Dangerously Close has been out for awhile now so a lot of people have already reviewed it. Everything you may have heard about this album is true. The band has not lost any of the passion or talent in the twenty-some odd years since All Stand Together. Vocalist Les Carlson's vocals are surprisingly good. Usually older singers just can't belt it out like they used to. Not Les, though. While his voice has aged a bit it's in a good way. He sounds more seasoned and wise and can still hit the high notes when it counts. Also, Michael Bloodgood's bass playing is more upfront than just about any Bloodgood record I've ever heard ("I Can Hold On" being the primary example). He's got a great melodic style and I'm glad it's featured more prominently as some of the old albums barely have any bass to speak of. It's also nice to hear some good old-fashioned Jesus metal lyrics. It seems like I haven't heard straight-up Christian lyrics in forever. My only complaint is that the album closer, "In the Trenches" seems to end prematurely - like they ran out of tape or something. The vocal line doesn't resolve itself like you'd expect and the album just sort of... ends.

Useless Fact: Dangerously Close was another Kickstarter funded release. Kickstarter seems to be the place to go for old Christian bands to record new albums.
Posted by The Old Man at 9:23 AM