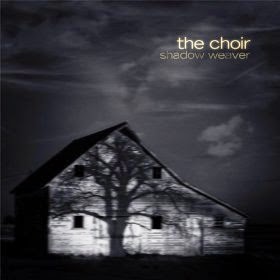 I've had some problems reviewing the last few Choir albums. I'd listen to them, love them for the first two weeks, write a glowing review, then realize that I didn't end up really liking them as much as I did initially. I wanted to eliminate that problem with Shadow Weaver. I've been listening to this for months, marinating in it, waiting for the "honeymoon" period to be over. I think I can talk about it a little bit more objectively. It's the band's very first Kickstarter release (a campaign which I supported!). I think they really wanted to take their time with this one - get the whole band to write songs together and not worry so much about time or funding. I think all the hard work shows as this is the strongest album the 2010's albums. Where Midnight Sun was solid, but suffered from a boring middle bit and Loudest Sound was just completely light-weight, Shadow Weaver is a step up. Steve's lyrics are leaps and bounds better than the previous album - striking that perfect balance of personal, universal, poignant and beautiful. And while the choruses can be pretty simplistic at times I really connected with the songs. The music is just as weighty. I would be remiss to mention "What You Think I Am" which is probably the darkest, heaviest sounding song the band has done. Shadow Weaver isn't perfect, but it is more than sufficient to scratch my Choir itch.

Useless Fact: "It Hurts To Say Goodbye" is based off the band member's daughters moving away. It makes me think of the day my little girl will have to move away. It also makes me appreciate how much my own mother sacrificed in letting me go.
Posted by The Old Man at 3:58 PM