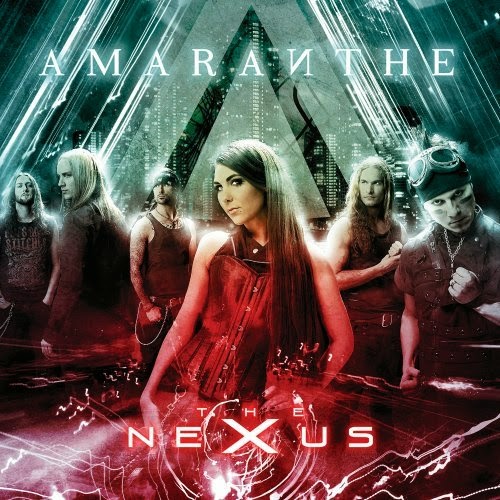 I stumbled upon Amaranthe while searching for new much on Amazon and iTunes. One Amazon reviewer said it was a mix of music from the Mega Man series, death metal, and pop. So yeah... pretty much had to check that out. The review is quite accurate. The band has three vocalists - one guy, one girl, and one growler. It actually works pretty well and gives the album some variety. Most of all, the album is a lot of fun! The momentum never lets up as the tracks are up-tempo rockers with cool, crushingly heavy riffs infused with some pop hooks. They take a slight breather with the "ballad" "Burn With Me" - which really should be on top 40 radio - but the pace remains. I think there's supposed to be some sort of concept or storyline here but I have no idea what it is. Doesn't matter, though it's still awesome.

Useless Fact: I don't quite know enough about this band to have an obscure fact. Other than that the girl singer is pretty. But you can see that for yourself.