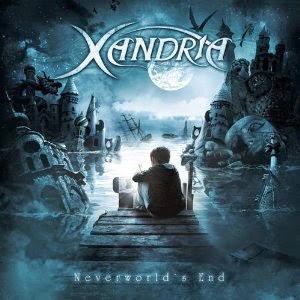 The first time I heard samples from Neverworld's End I thought, "This is like Loreena McKennitt singing metal." Indeed, along with the crushing riffs and epic symphonies there's vocalist Manuella Kraller. She sounds like a more operatic version of McKennitt or, if the internet is to be believed ex-Nightwish singer Tajra. Not that that matters to me at all. The combination sounds awesome. The band also has, at least in this album, a distinct Celtic flavor - especially in songs like "Call of the Wind" and "Cursed." So yeah... Xandria: Celtic McKennitt metal. And it's awesome.

Useless Fact: Vocalist Manuela Kraller was only on this one album.
Posted by The Old Man at 11:02 AM