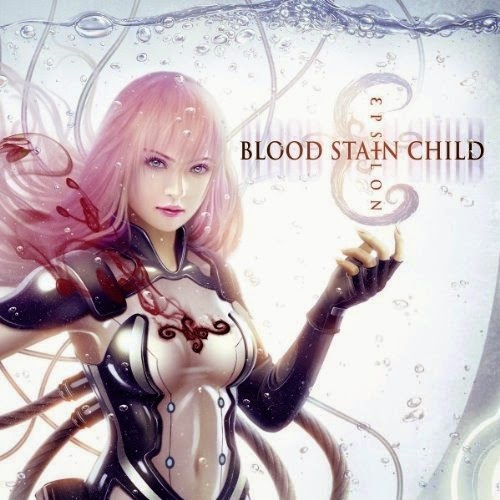 So yeah... that is some swell cover art isn't it? Good grief. I don't know who the artist is but this is amazing. Definitely among my favorite pieces in the vault. The music rocks too. It's "Japanese trance metal" - at least I think that's the official designation. Basically it's a combination of electronic dance music and metal not unlike Amaranthe. While Amaranthe is more on the pop/commercial spectrum, Blood Stain Child is more on the metal side. There's also a lot more growling. Probably won't surprise anyone to say that I really enjoy this style of music, and this band in particular. I think I could do with a little less emo/hardcore growls and more singing here though. For example, "Stargazer" has nary a growl and is one of my favorite songs.

Useless Fact: I think this band started out as more death metal in style.
Posted by The Old Man at 10:16 AM