I Fight Dragons - "The Near Future" 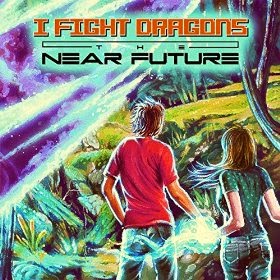 I Fight Dragons - The Near Future
2014, Independent

I found out about I Fight Dragons through a You Tuber, The Rock Critic. Their a pop-punk band that mixes a lot of chip tunes into their music. You might think this would be annoying, but you are wrong. Mostly because the band always balances the chip tunes out with great melodies and hooks. I was sold on "Eighteen" alone. It's an amazing song. The lyrics perfectly capture what it was like young like that. I would go so far as to say it stands up there with Alice Cooper's "I'm Eighteen" in terms of perfectly capturing the angst of that age. The rest of the album is filled with catchy songs with great layered harmonies that kind of remind me of The Mustard Seeds at times. Also, the lyrics are really good - very well thought out and poignant. The first half of the album is a concept about a kid who gets superpowers, the second half is stand alone songs.

Useless Fact: As of right now there is no actual hard copy CD - only vinyl. Oh... the tragedy! What will I put in the vault?
Posted by The Old Man at 10:36 AM