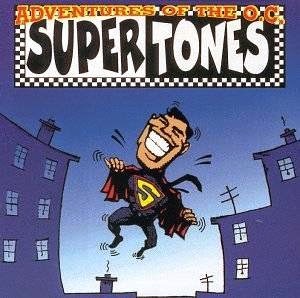 I remember getting this my senior year of high school. Heavy metal had long since faded away in the Christian scene and despite the rise of alternative and grunge in the secular market, nothing really took its place. Enter ska. Ska never really caught on in the mainstream aside from a couple tunes from bands like the Mighty Mighty Bosstones and Reel Big Fish. In the Christian realm, however, it took off... like a rocket. Ska bands were numerous but the O.C. Supertones were the top dogs (along with Five Iron Frenzy). I'm not sure what motivated me to pick this up after so many years but I'm glad I did. I've never been a huge ska person but I love this debut. I think the biggest draw, for me, is the lyrics. They are very worshipful and genuine. This was before worship music became a style too. It also helps that the bass work is awesome. The mastering seems a little thin to but it's not enough to hurt my enjoyment. I never followed the band after this album for various reasons (which I may share some day), but I think I may have to remedy that.

Useless Fact: Along with the Supertones and Five Iron Frenzy were The Insyderz, B.O.B. (Bunch of Believers). I'm sure there were more but those are the ones I remember.
Posted by The Old Man at 7:36 PM