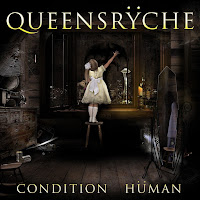 Let me start this review by first saying, THANK YOU TODD LA TORRE! His addition to the band following Geoff Tate's ouster has reinvigorated these guys. They are full of passion and fire now - it's obvious they are glad to be Queensryche again. The real Queensryche - writing real Queensryche songs, instead of being Tate's mediocre vanity project. This fire was apparent on the self-titled release from 2013, but that album - while enjoyable- was rushed and light. This one however... for me it's the best album since Empire. The band is on point here and the album is much more substantial than the previous offering. It's full of great instrumentation and strong hooks. Just one listen to the blistering opener, "Arrow of Time" and you just know - Queensryche is back. Some people say that this album sounds a little like Empire or Promised Land but I disagree. I don't think it sounds like the previous albums (save for shades of "Anybody Listening?" in the title track). I think it sounds fresh, new, and modern. It's like we got an album from an alternate universe where the Hear in the Now Frontier and later never happened. I particularly like tracks like "Bulletproof" where La Torre just belts it out with all of his heart.

I don't think the album is perfect, though. I do think the lyrics aren't quite to the quality standards of the heyday of Queensryche. At times they seem a little generic and don't quite pack the punch that one might be used to from the classic albums. Also, the cover are and liner notes are really dark and a bit hard to read (a nitpicky gripe to be sure). Still, while I don't think this is quite a "classic" it shows a definite upward direction for the band. Honestly, I think the next one is going to be the definitive La Torre-era album and I heartily look forward to it. Until then I will enjoy this album secure in the knowledge that Queensryche's name and legacy is in good hands.

Useless Fact: Fear not, Tate fans! Tate still has a mediocre vanity project. It's called Operation: Mindcrime and the debut album, The Key, should come out... at some point. Don't ask me when because I neither know nor care.
Posted by The Old Man at 1:02 PM