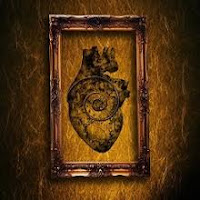 While I count King's X as one of my favorite bands of all time, I've never really cared much for any of the members solo material. Neither Ty Tabor nor Dug Pinnick have been able to captivate me with a solo record. Now I'd heard for a long time that Jerry Gaskill's solo debut, Come Somewhere was the best solo out of them but I'd never checked it out. I heard about Love & Scars a month or so before it's release and got to hear some samples. I was hooked immediately. One Amazon reviewer said that, "This is what the last fifteen years of King's X should have sounded like." And well... yeah, kinda. It's got that deep low end and harmonies - glorious harmonies. The songs are catchy to boot and really dug their claws in deep. Especially songs like the opener, "Far Away" which really does sound like a lost King's X track and "Paradise" with those wonderful harmonies. Then there's the beautiful and epic, "Sad" which, again, sounds an awful lot like a King's X tune. I've always thought that Ty and Dug are what made most of King's X sound like King's X but it appears I was happily mistaken. Congratulations to Jerry who's the only member of the band whose solo album I loved! I guess I have to check out Come Somewhere now...

Useless Fact: There are a slew of guest musicians on this album like Billy Sheehan and Phil Keaggy.
Posted by The Old Man at 10:56 AM