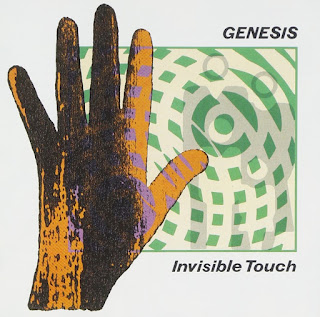 That’s pretty much the best way to start this write up. That song was my first real exposure to Genesis. I’d heard songs from them here and there but never knew it was Genesis until much later. MTV was in full swing and I was just conscious enough to be aware of what was on television. The video for that song was surreal, creepy, and frightening. It was awesome. The song itself is excellent too, mixing a great hook with a sense of urgency that perfectly matches the mood of the lyrics. It’s one of those times when the video and the song went together like chocolate and peanut butter. The video still holds up today in terms of quality, though most people wouldn’t recognize most of the puppets.

It should go without saying that at the time Invisible Touch was released, the band was on top of the world. They were doing world tours and selling out stadiums. They were in constant rotation on MTV. Oh, did I not mention they had a slew of videos from this album? They did. This is the most popular they would ever be. For the most part, all the progressive snobs that loved the Gabriel era of the band had given up on Genesis, thinking they’d just made lazy music for the masses.

That’s a shame, because Invisible Touch is a dang fine pop album. I love it when progressive musicians do pop albums. Like when Devin Townsend did his prog/pop/rock masterpieces,  Addicted and Epicloud. There is a stark contrast between pop music made by amazing musicians and pop music made by one trollop and five “producers.” This particular album was written by three men – Phill Collins, Mike Rutherford, and Tony Banks. That’s it. They are extremely talented musicians and it shows, even when they are not writing ten-minute songs about aliens or whatever.

Though there is a ten minute song on here, “Domino”. Yeah, I guess the guys can’t totally exorcise their progressive past. Aside from the eight minute “Tonight, Tonight, Tonight” the rest of the songs stick within the radio friendly three to four minute range. They are mostly all great, catchy pop songs. The album does sound a bit dated, but it was the Eighties after all. There is just one little problem…

Now this isn’t a terrible song, but it is definitely the most boring. Ballads don’t have to be boring but it feels as though the band looked at their seven amazing songs and realized they didn’t have a ballad, so they crapped out “In Too Deep” in an afternoon. When you hear someone go on and on about how far Genesis fell, they usually cite this track as exhibit A. While the band was no stranger to sappy balladry, “In Too Deep,” marks the start of a problem the band will have with its next album, We Can’t Dance. We’ll get into that in a few months.

However, as it stands – one mediocre ballad aside – Invisible Touch is an excellent album. It’s a time capsule of sorts and quite rewarding for those who are willing to forgive it’s complete Eighties-ness. It’s not trying to be a progressive rock album, it’s trying to be a pop album. I’m happy to say it succeeds brilliantly. Don’t be a hater, good tunes is good tunes.

Useless Fact: Tony Banks admitted in interviews for the reissue of this album that writing a three minute pop song was a lot harder for him than something progressive. He says everything in the pop song has to be right immediately and there’s no room to breathe.