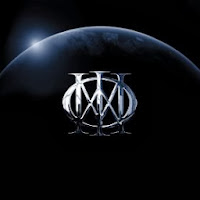 1. False Awakening Suite
2. The Enemy Inside
3. The Looking Glass
4. Enigma Machine
5. The Bigger Picture
6. Behind The Veil
7. Surrender to Reason
8. Along For The Ride
9. Illumination Theory

Now that I'm all caught up on Dream Theater (for the most part) I pre-ordered this album as soon as I could. It's the first album with new drummer, Mike Mangini, contributing to the actual song writing. I really enjoyed A Dramatic Turn of Events and was excited for what the band would do. I mean, heck, they even threw down the gauntlet and self-titled this album. However, it pains me to say that I'm a little disappointed. Aside from the amazing "The Enemy Inside" and a few other tracks, nothing has really stuck with me. I dig the sort of Rush/Coheed-esque riff in "The Looking Glass" and "Enigma Machine" is a cool instrumental. Other than that nothing seems to really stick with me. I keep forgetting that "Surrender to Reason" is even on the album. I'm also going to risk saying that "Illumination Theory" is one of their weakest epics. It seems like three separate songs strung together with only the most tenuous grasp on one another.

Also, let's talk about the mastering, shall we? There's definitely some loudness wars crap going on here. In addition the guitars seem to be muddy. Muddy guitars. In Dream Theater. Couple that with the loud production (which pushes the vocals back into the mix) and it definitely hurts the listening experience. This ain't Sonic Youth! Or Slipknot! Or a Christian metal album on REX records circa 1990! This is Dream Theater! I kind of expect some precision in the sound. While this release is way better than Systematic Chaos, it didn't entrance me. I'm hoping this one will grow on me.

Useless Fact: The deluxe edition of this album only features extra artwork and a 5.1 mix of the album. Perhaps the label knew the mastering was poor? Hmmm...
Posted by The Old Man at 9:51 AM