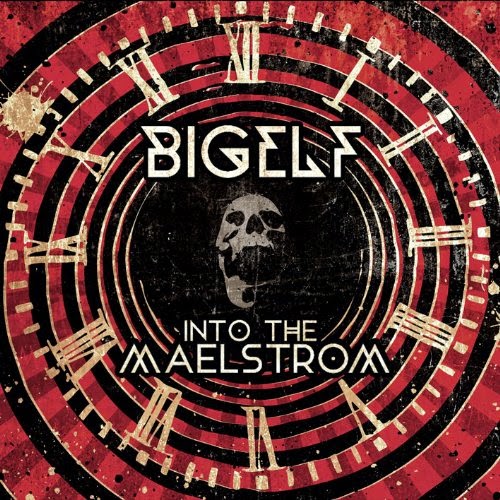 Bigelf - Into the Maelstrom
2014, Inside Out

Here's something completely different. Bigelf is a progressive rock band, but instead of being clean and precise like Flower Kings, Transatlantic, or Spock's Beard they're dirty and heavy. There's just a mess of influences here. I hear Black Sabbath, Led Zepplin, the Beatles, Pink Floyd, and ELO. The guitar and bass tones are fat and fuzzy. It's just cool, cool stuff from start to finish. Definitely a refreshing band that's really different from the stuff I'm used to listening to. The lyrics have a distinctly sci-fi slant to them - I almost want to say this is a concept album, but I'm not sure. Some people have complained about the mastering on this album as being horrible. I guess it just proves that I don't have the "magic ear" because I never had any problems with it.

Useless Fact: Ex-Dream Theater drummer Mike Portnoy bangs the skins for this disc.
Posted by The Old Man at 9:24 AM