Rex Carroll & The Bleed - "Take Back a Life" 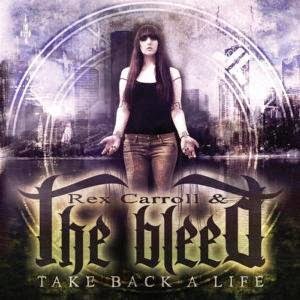 Take Back a Life is an interesting little piece of Christian rock history. Originally released under the name "The Bleed" with the album title of Ouch!, this disc was an attempt by Rex Carroll (of Whitecross) to reinvent himself. I remember seeing this in my local bookstore and even listening to the demo. I actually was impressed but then, for whatever reason, never got around to buying it.

After leaving Whitecross, Rex teamed up with Tim Bushong to try and create an album that would mesh well with the current music scene. Of course, most people know that by the mid 90's Rex Carroll had become persona non grata. In fact, the original record company, Rugged, didn't even list Rex or Tim in the liner notes. The question becomes, did this bid to be modern actually work? Well... no... and yes. It definitely didn't work commercially. I think part of the problem is that mid 90's music was made by emotionally hurt kids singing emotionally hurt music. Even in the Christian scene it was hard to find any kind of upbeat anything. Rex and Tim do not appear to be so tortured as they were adults with lives and a little perspective. As a result their music is lacking that sort of emotional writhing and suffering that was so common. Also, their lyrics, while not as evangelistic as Whitecross were still down right "in your face" compared to - let's say - a Tooth and Nail or Blonde Vinyl record.

So do they work musically? Absolutely. This is freaking Rex Carroll here. Imagine a mix of Alice in Chains with King's X and you have a good idea of what's going on. You can tell that Rex and Tim are professional musicians in every note. From the short little guitar ditty "Sake," to the almost bluesy/modern worship sounding "Let the Rain Fall Down," to the cool riff of the closing track the quality bleeds through. Ironically, I think it's another reason this album failed commercially. It was just too high quality at a time when Christian rock was loud and noisy punk inspired amateur hour. Or ska. Or swing. Remember when that was a thing? I suppose it's just not sloppy enough for true "grunge!" It's got too much precision. Anyway, this is a fine album that deserves to be enjoyed. It's cheap too, so you have no excuse! 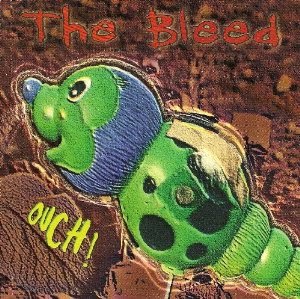