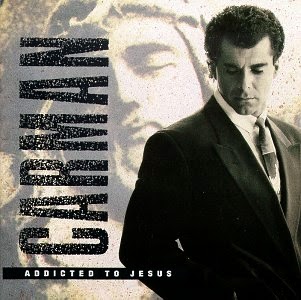 Addicted to Jesus was sort of the apex of Carman's career. Everyone knew who he was and most everyone I knew liked him. However, he was starting to attract some controversy regarding his act. Some people thought he was skirting the edges of heresy. Some were put off by his relationship with Rev. Carlton Peterson. Some people took issue with the whole "Addicted to Jesus" thing - specifically that it made light of addiction as a disease. Honestly, I think that Carman was just an easy target. As for the album itself, Addicted to Jesus isn't as good as Revival in the Land, but I still love some of the songs on here. I like both "Holy Ghost Hop" and "Come Into this House." I also like the title track, which has DC Talk as guest stars. Carman's raging hard on for the Fifties rears its head too. We've got "Our Turn Now" (guest starring Petra), a rock song about how everything went to pot after they took prayer out of schools. Then there's "1955" - I actually really like this song. It's more genuine nostalgia and not a diatribe, also very catchy. The story songs ("Satan, Bite the Dust" and "The Third Heaven") have not aged well. Addicted to Jesus is kind of a hit-and-miss for me.

One more thing about Carman...

He once said in an interview that his mission was "to unite the denominations and the generations." And you know what? For a few years there in the late eighties/early nineties he totally did it. I liked Carman, my friends liked Carman, my mom liked Carman. It was hard to find a person that didn't like him. His concerts were filled with people of all ages from all different kinds of churches. So yeah... kudos to Carman.

Useless Fact: Much like Revival a VHS video was produced with videos for "Our Turn Now," "Addicted to Jesus" and others. This one was not a concert like the previous.
Posted by The Old Man at 9:39 AM