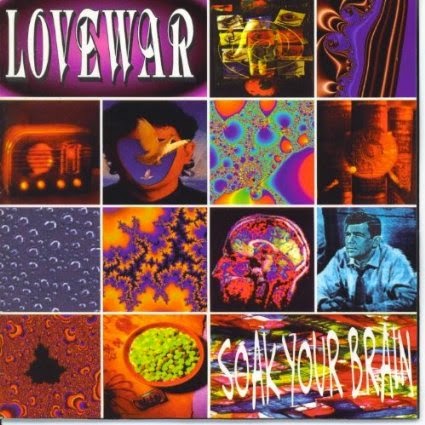 After hearing Rex Carroll & The Bleed I found out that Lovewar featured none other than Tim Bushong. I really enjoyed Take Back a Life so I picked up Lovewar's one and only album. Soak Your Brain is one of those albums that, had it come out just two or three years earlier, would have really taken off. It's sort of a combination of Fear Not and King's X. Tim Bushong must really be a fan of King's X because it's all over the music here - harmonies galore. It's also got a lot of groove too. In my review for the Bleed I think I gave most of the credit for the music to Rex Carroll. That was definitely a mistake because, as this album proves, Tim Bushong is plenty talented himself. Definitely worth picking up. It's dirt cheap now too. I can't believe I didn't get this the first time around. How in the world did I miss it?

Useless Fact: This album was produced by John and Dino Elephante. Though the production isn't quite as shiny and clean as it usually is. That's a good thing for this album, though.
Posted by The Old Man at 9:17 AM