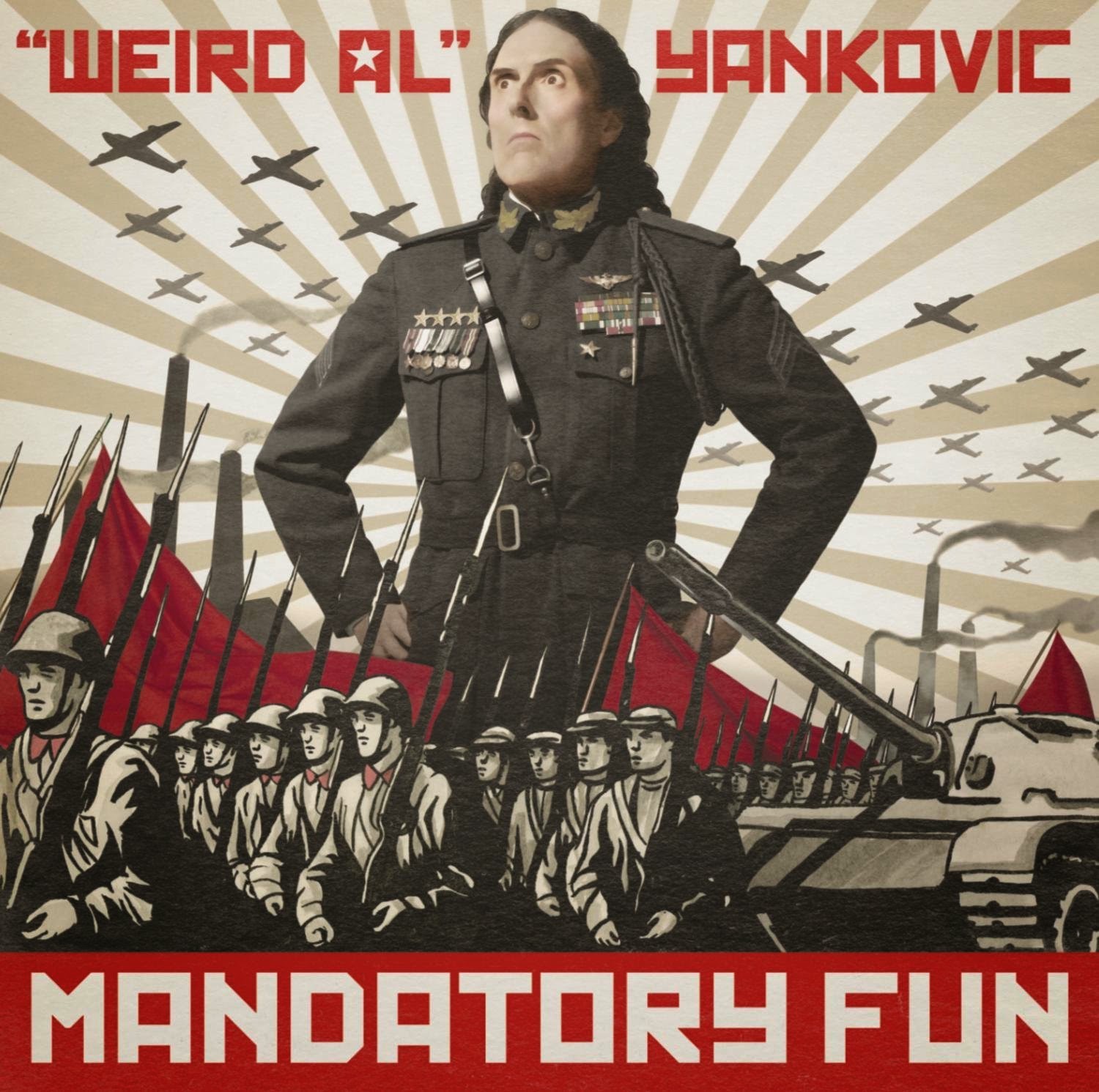 I am pleased to say that "Weird Al's" latest (and probably last tradition) album entered the Billboard charts at number one! It's about time! I think part of that was due to the media blitz surrounding the album. Al released eight music videos in eight days to promote the album. It worked perfectly. Honestly, I'd be surprised if Al gave up doing traditional albums, especially after this. Mandatory Fun is pretty fun as per usual for a "Weird Al" disc, but overall I don't think it's as strong as Alpocalypse. For instance, while "Sports Song" and "Mission Statement" are amusing they do wear out their welcome. I mean, "Sports Song" is a march - which isn't a style that people just listen to. "Mission Statement" is a great sounding song (in the Crosby, Still, and Nash vein), but the lyrics, filled with corporate double speak - aren't really funny in the long run. Also, the parody of Imagine Dragons "Radioactive," here titled "Inactive" is just as inert as the title suggests. Thankfully, there are some seriously awesome parodies here. "Handy," "Word Crimes," and "Tacky" are all top shelf Yankovic. I also really like the original song "First World Problems." It's a decent album but I don't think it's as consistently funny as the last one was. I will say that I hope Al doesn't give up on traditional albums... y'know... for us old folks.

Useless Fact: Mandatory Fun is the last album in "Weird Al's" record contract. He's admitted that the album title might have something to do with that.