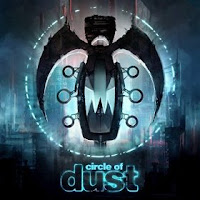 So... yeah... this makes three versions of Circle of Dust's debut album. This one is a little different, however. Klayton Scott (formerly Scott Albert - he will NOT respond to Scott, so don't call him that!) was able to acquire all the rights to ALL of the Circle of Dust albums. As such, he is remastering them in depth, including hours of bonus materials, and reissuing them. Fine by me! I have to say, this is definitely the best this album has ever sounded. If this album were a Pokemon, this edition would be its final evolution. I'm very happy to see "Exploration" back on here as that was always one of my favorite tracks. I'm also glad "Bed of Nails" is now its own track instead of being buried at the end. Oh, and if that wasn't enough, "Neophyte" is a brand new Circle of Dust track. It's awesome. There is only one problem - no liner notes! Ugh! That seems like a serious missed opportunity. I would have loved lyrics, notes by Klayton on what he did with the tracks and why, reflections from the time, pictures, etc. It could have been so awesome. Don't know why he didn't want to include a booklet. Still, even if you have the first two editions this is totally worth getting just with the excellent, ground-up remaster and sheer amount of extra tracks. Cool new cover art as well!

Useless Fact: "Technological Disguise" and "Senseless Abandon" have still been left off. Klayton must really, really hate these songs!
Posted by The Old Man at 1:57 PM