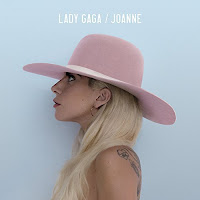 So I thought I was kind of done with Lady Gaga after ARTPOP. It wasn't a bad record. I liked it okay and it had some good songs on it. However, overall I didn't like it as much as The Fame or The Fame Monster and I really didn't like but one song on Born This Way. Add to that I though "Perfect Illusion" and "Million Reasons" were...okay. Again, nothing spectacular. Those particular songs grew on me and I eventually ended up getting the album. Which, I must say, is probably her best album yet. Not kidding. There's a maturity and melancholy here on this disc that just wasn't on the previous ones. She also strips things down a bit like on the title track, which is just her voice and acoustic guitar. It's one of the most beautiful songs she's written. Even the radio friendly "pop" songs are great - recalling some of the fun dance tracks from her debut but adding the maturity.  I came away really impressed and happy that it came together like it did. If I had bought it last year it would have been one of my picks for sure.

Useless Fact: Florence Welch from Florence and the Machine lends guest vocals on "Hey Girl."
Posted by The Old Man at 7:44 AM