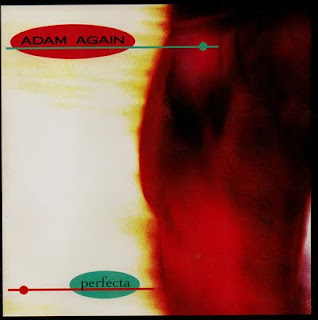 Adam Again has never been a band to repeat themselves. Such as the case with Perfecta which, again, sees the band altering their sound ever so slightly. All traces of funk are gone now as well as the quirky rhythms I enjoyed so much on Dig. The whole album has the "recorded live" kind of vibe. The lyrics are a lot darker as well. I think Gene was working through his divorce and other struggles on this album. I'd be hard pressed to say I like this as much as Dig, but it has grown on me over the years. It's pretty easy to find these days so it is worth picking up.

Useless fact: "Don't Cry" originally appeared on the Brow Beat - a compilation of unplugged tunes by bands like The Choir, Undercover, and the Lost Dogs.
Posted by The Old Man at 11:44 PM