Pour a forty on the sidewalk for one of my childhood icons... 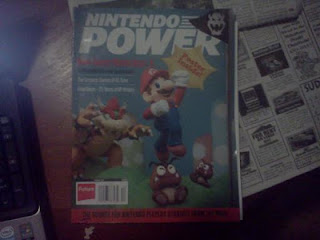 Nintendo Power's very last issue was this month! I don't even own any of the current Nintendo consoles but I saw this and had to buy it.

When I was growing up Nintendo Power was second only to the Bible as far as important tomes go. It started in 1988 and lasted 285 issues. It was probably one of the most successful and most popular video game magazine of all time. The day a new NinPow came in the mail was a good one indeed. I read and reread every issue I had several times. Geeks will notice that the cover of the last issue mirrors the cover of the first issue which featured Super Mario Bros. 2.