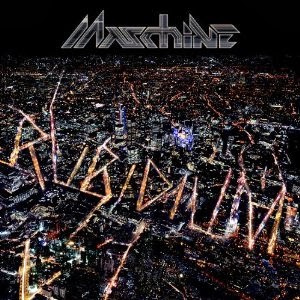 I'm surprised there isn't more buzz about Maschine. I found them through You Tube. The magic You Tube robot plopped "Eyes, Pt. 1" in my feed. It was an intriguing mix of progressive rock, metal, jazz, and maybe a little bit of pop. Maschine is definitely an eclectic and talented band. The songs are long, but never boring - filled with little guitar riffs and fills and a great sense of melody. The band also indulges in some 70's prog rock and pop as well. Other reviews have said they sound a little like Pain of Salvation and I'm sure that band was an influence. I do have a couple complaints. First, the vocals, while not bad, aren't as good as they could be. Sometimes it sounds like the vocalist is trying too hard to make his vocals sound "rock" instead of just singing the songs. It's not near enough to hurt my enjoyment - it's just something I noticed. Also, the lyrics really don't do anything for me as they are mostly variations on "girl, you done me wrong." I kind of expected music that's as epic and technical to have some more interesting and suitably epic lyrics. It's also entirely possible that I just don't understand what they're trying to do. Despite those nitpicks, Maschine remains one of my favorite finds of 2013. I really hope more people discover them!

Useless Fact: "Chains" and "Reach Out" are labeled as bonus tracks but I don't think there are any editions of this album without them. I can see why they were bonus tracks though as they don't seem to quite fit with the rest of the album. They're good, though.