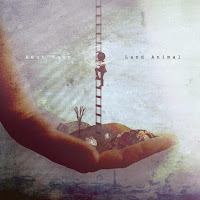 Well, well, well... my You Tube algorithms have doth blessed me. Bent Knee is kind of an enigma. Sure, you can just call them prog rock but there's so much going on here. There's jazz, rock, alt-rock, a dash of metal... just so many different influences. Odd time changes here and there. They almost remind me of Hot Pink Turtle in that they seem to be able to take a bunch of seemingly disparate pieces and put them all together into something weird and wonderful that works as a whole. Courtney Swain's vocals are a highlight as well. She's got great range and can wail like a banshee but also be quiet and subtle. I would not be surprised if this showed up on my "Picks of 2017" list. If you buy this I can guarantee that it will be the strangest, most unique thing you hear this year. The only thing I don't like is the seven or so minutes of dead silence at the end of "Boxes." Why? You can't just end the song? Just end the song. There doesn't seem to be any reason to have that.

Useless Fact: The band released the entire album on You Tube before it released officially.
Posted by The Old Man at 9:13 AM