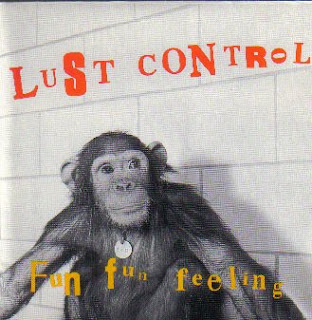 Lust Control is a band that you either get (and love them) or don't get (and hate them). I happen to love them. I guess you could call this record punk... it's certainly raw enough. Vocalist, Gene (actually Doug Van Pelt, editor of HM Magazine and Heaven's Metal), sounds like he's singing his parts from another room. The songs are short for the most part and preach pretty hard for abstinence and sexual purity but they're not without a sense of humor. Like I said, the music is pretty rough but there are occasional flashes of brilliance and talent with a guitar riff here and there. Then there's the really off-the-wall "Circumcised, Baptized, & Moon Pies" which is a spoken word track where Doug... er... I mean Gene lapses into this faux-British accent. When it gets right down to it though, you just have to check them out. If they make you laugh - welcome to the club! If not, well... there's plenty of good real punk bands out there!

Useless Fact: I want to say that this album is made up of demo material but I only heard that somewhere and can't confirm it. Also, I think Paul Q-Pek (One Bad Pig) plays on this one.
Posted by The Old Man at 8:52 AM