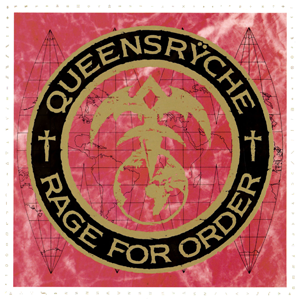 Queensryche - Rage For Order
1986/2003, EMI
1. Walk in the Shadows
2. I Dream in Infared
3. The Whisper
4. Gonna Get Close To You
5. The Killing Words
6. Surgical Strike
7. Neue Regel
8. Chemical Youth (We Are Rebellion)
9. London
10. Screaming in Digital
11. I Will Remember
Bonus Tracks:
12. Gonna Get Close To You (12" version)
13. The Killing Words (Live)
14. I Dream in Infared (Remix)
15. Walk in the Shadows (Live)
This remains my favorite Queensryche platter. The band isn't quite as heavy on this one and they've left behind all the soldier/war/fantasy lyrics and traded them in for a darker, gothic sound. The lyrics this time deal with order in the government and for more than a few songs - vampires. I think this is the one CD where they really starting to come into their own in terms of writing hooks. I can sing just about every song on here from memory and Tate's voice is just mind bogglingly powerful. The soaring choruses of songs like "Neue Regel" and "London" never fail to move me. "Screaming in Digital" is amazing (ever so slightly industrial) as is the album closer "I Will Remember" which I think is the best ballad they've ever done (not "Silent Lucidity"). The bonus tracks on this one are pretty cool. "The Killing Words (Live)" is from MTV's Queensryche Unplugged I believe. The only one that's kind of crap is the 12" version of "Gonna Get Close To You." Basically it's the same song with a few choppy edits in there.
Useless Fact: This disc has a cover variant featuring the banners in a blue marble color. If you just can't sleep tonight without seeing it head over to Scott Waters' (Ultimatum) site, nolifetilmetal.com and peruse his Queensryche page. I think he's still got it up there.
Posted by The Old Man at 12:35 PM