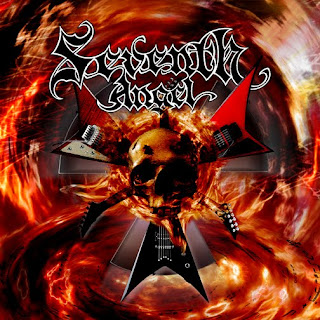 As the title indicates, this album is basically the band's Heed the Warning demo with a bunch of live tracks thrown in. The demo stuff is hands down the best demo stuff I've ever heard. The sound quality is probably better than their full length debut. Though the two "new" songs "Seven Angels" and "Heed the Warning" were already a compilation that I can't remember the name of (it was called Last Ship Home or something...). The live tracks are decent but the drums are way out front so the quality is listenable, but not perfect by any means. Though it's nice to have both the demo and these tracks on CD.

Useless Fact: The cover art was done by Rexorcist. He's done cover art for Tourniquet and some other metal bands.
Posted by The Old Man at 8:28 AM