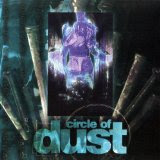 Did you know that this isn't actually Circle of Dust's first album? Well... sorta... let me explain. The original debut came out in 1992 but main man, Scott Albert, wasn't happy with it. So three years later the label let him rework the entire album - tossing out a few songs and adding some new ones and giving the whole thing a fresh coat of paint. I will say I miss the more electric "Exploration" but that's far from being a deal-breaker. The result speak for themselves this version is more lush, more "up front," and sounds way better than the original. The old industrial tracks are given new life and the guitars are heavier and louder. The original came out right on the coattails of another industrial band, Mortal. While Mortal was a bit more on the techno side, these guys are more on the metal side. "Bed of Nails" is buried into track 10 after several minutes of silence.

Useless Fact: Just to help you win a bar bet or two here are the songs left off the original: "Technological Disguise," "Senseless Abandon" and "Exploration." "Senseless Abandon" appeared on the REX compilation Demolition when Scott Albert fronted the metal band Immortal. Oh, and if you're ever at a bar where they bet on old Christian music trivia please let me know where it is because I'd love to hang out there!
Posted by The Old Man at 8:45 AM