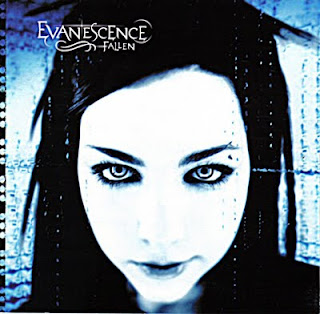 I remember a friend letting me borrow this CD in college because it was this new band that he discovered. Upon first listen I was really impressed. It's actually pretty heavy and Amy Lee's vocals are great as well. There's a lot of good riffs in here - I don't care if it's "commercial" or whatever - I like it! How many rock bands can pull of a girl singer AND piano? I rest my case.

Okay... now for something totally different. They have "Bring Me To Life," a pretty Christian sounding song with Paul McCoy from 12 Stones (a Christian band). Then they have "Tourniquet" which is a song from Rocky Gray's band Soul Embraced - also Christian. Then they get some fame and all of a sudden Ben Moody is saying things like "Why do people think we're Christian?" Well... that's because you WERE Christian, at least long enough to get some fame. That kind of crap annoys me. It's one thing to cross over. It's another to completely deny where you came from. Oh well... still a good album! Rant mode: off.

Useless Fact: "Everybody's Fool" is about pop princesses like Britney Spears. Amy Lee was upset that her younger sister liked them.
Posted by The Old Man at 9:15 AM