Coheed and Cambria - "No World For Tomorrow" 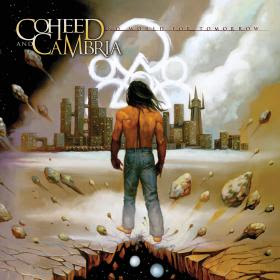 Coheed and Cambria - No World For Tomorrow
2007, Sony BMG

I love it when I get to describe a band as "tighter" and "more focused." It means they've trimmed the fat and taken the essence of what they do well and replicated and improved it. No World For Tomorrow by far the most concise offering from the band to date. I think this elevates their sound by leaps and bounds. They've always known how to write a good hook, but often times that hook was bogged down by a bunch of fluff that weighed the song down. Not so here - even the epic album closing tunes a boiled down to the basics. It makes the entire thing a lot more pleasant to listen to and a lot less demanding. "The Road and the Damned" is a cool gem with a classic rock sheen to it but I also like the pop-tastic "Feathers." Let's not forget "Gravemakers & Gunslingers," a hard hitting rock song with a cool title to boot.

Useless Fact: There are two versions of this CD. One is a bare bones cardboard sleeve with just the CD in it and the other is the deluxe version with all the liner notes and a bonus disc. I guess the record company really felt like ripping off the fans. Why didn't they just put out one version with everything?
Posted by The Old Man at 9:25 AM