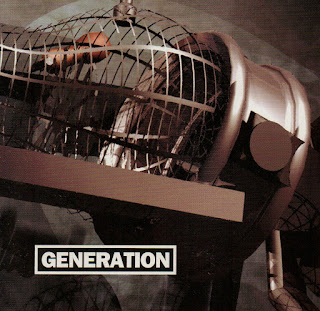 Generation - Brutal Reality
1993, Wonderland
1. Alive
2. Retro~vision
3. Believe in Miracles
4. I Live in Flesh
5. Revolutionism
6. Nothing to Give
7. Rm. 101
8. Still You Died
9. Chemikill
10. Hunger
11. Psalm 69 (Hidden track)
Generation sounds a lot like label mates Under Midnight. In fact, I think this was just the guy who produced Under Midnight with Bruce Franklin (Trouble, Under Midnight) on guitar. The songs aren't nearly as strong though and don't really hold my interest like UM does. It's alright I suppose but if you have some Under Midnight handy then there's no reason to listen to this.
Useless Fact: Psalm 69, the hidden track, is just someone reading Psalm 69. It's kind of annoying actually.
Posted by The Old Man at 10:22 AM