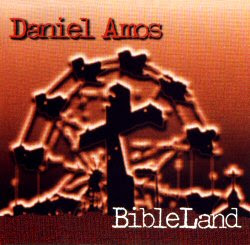 This is the band's "angry" album. It's dirty, gritty, loud, raw and happens to be one of my favorites! Many fans don't cite this one as a favorite but me, being the metal head at heart that I am, love it. The album almost fools you into thinking it's something else with the mid-paced, chorus-laden "Broken Ladders to Glory" then kicks into gear with "Bibleland" and doesn't really slow down until "I'll Get Over It." It's a simple rock record, nothing more. I don't care what anyone says I'll defend this album til my dying breath.

Useless Fact: Terry says "damn" in "She's Working Here" and I'm pretty sure the cuss word wasn't in the liner notes of the first pressing, but it is on the one I have. I'm surprised this didn't cause any controversy...
Posted by The Old Man at 8:39 AM