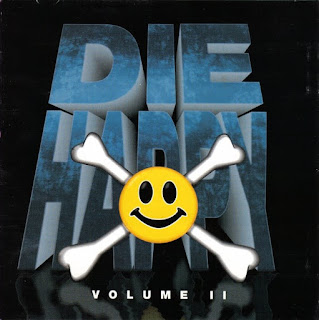 While the first Die Happy disc was largely written by guitarist Doug Theime, the second Die Happy platter was headed by Robin "Kyle" Basuri (now listed as a full member) and new bassist Greg Chassion (who used to play for Badlands). The result is a bit more blues mixed in with the metal. It's not quite as heavy as the debut but that doesn't make it any less good. Actually I think I like this just as much. I dig some of the slower songs like "Blue" and "Temple of Soul." I just wish there were more songs.

Useless Fact: Basuri and Chassion went on to form Red Sea after this disc which is actually a continuation of the sound on this album. I never liked that one though. I don't know why.
Posted by The Old Man at 9:42 AM