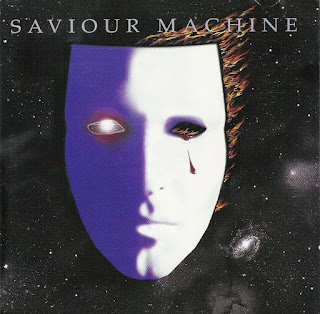 Saviour Machine's first album is awesome! Full of powerful, operatic songs that are very guitar centered. There's a lot of metal riffs in this one too. The intro riff to "Killer" almost reminds me of The Lead. There's also this peculiar effect on the guitar that almost sounds like rapid picking of strings but there's no way you'd be able to pick them that way... I don't know... maybe he does - it sounds cool though. Eric Clayton's vocals are operatic and grand to fit the music. He's got a style that's a little reminiscent of David Bowie or Jimmy Brown. This is the best Saviour Machine album by far. It's the most accessible - combining the artsy, theatrical sound with something that most people can grasp. I wish they would have done more like this one...

Useless Fact: The band got a TON of crap for their theatrical stage shows and their lyrics. I guess some people just weren't comfortable with the line, "The Dragon slides between her thighs" that referenced the scripture about the Great Dragon moving in to consume the baby of the Virgin in Revelation (at least I think that's it). Also, Clayton painted his face white, wore a jewel on his head, and dressed in black robes. I guess that was just too much for some people.