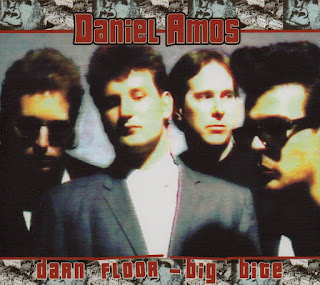 So you've finished a four album cycle of some of the most creative music ever, what do you do? Well, if you're Daniel Amos you regroup and put out the best record of your career up until that point. This album came out in 87, but it could have come out in '97 or even '07. It just doesn't sound like anything out there before or since. It's the very definition of "alternative rock" in that it's anything but pop. The band was probably at their most experimental here but what's really the highlight is Greg Flesch's guitar playing. All those keys on previous albums are eschewed and the guitar takes center stage. It's really amazing to hear how atmospheric the album can be with just the guitar. This has recently been rereleased with a bunch of extras so now's the time to snag it if you haven't done so already.

Useless Fact: This album was not well received when it was first released. You might not like it at first either, but give it a chance. It'll grow on ya!