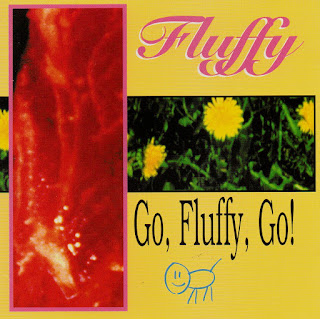 Ugh! What happened here? I guess the band didn't want to do another punk record. Too bad, because I've never been able to get into this disc. I like "Little Finger Eye" and "Guitars, Guns, and Girls" is a fantastic song co-written by Mike Knott, but then the album turns into this droning wall of noise that is neither engaging nor memorable. Things lighten up a bit with the cool cover - "Jessie's Girl" but then it's back to the droning. When I finally got through this album I felt relieved that it was over. I think this is the direction the band pursued for the rest of their career which means there will be no more Fluffy discs on my Ipod or this site. I really wish they would have stuck with the punchy sound of the debut.

Useless Fact: These guys released one more album under the name Fluffy before changing it do Duraluxe. I haven' t heard anything beyond this disc, but if this one is any indication they all suck.