Leaderdogs for the Blind - "Lemonade" 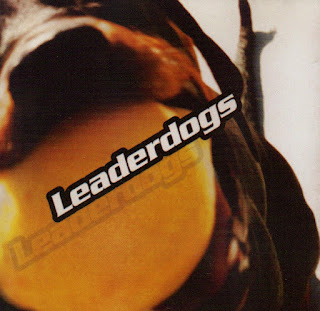 Leaderdogs for the Blind - Lemonade
1995, REX
1. Yellow & Black Attack
2. Ripple
3. Better Ways
4. Fighting Gravity
5. Lemonade
6. Radiant Abyss
7. Supersaturated
8. Martin's Dream
9. The Weather
10. Sprout
Man, this is a great album. I've heard on the Firestream board that this was a "showcase" album to test out a new music studio. If that's true then I hope that studio went on to make millions of dollars because Lemonade is one cool disc. It's sort of quasi-grunge/metal with hints of industrial. They've got this monster guitar tone that just slays and makes everything sound really heavy. I also like the vocalist, not much range but he fits well with the music. This is a project of one guy who hired in a bunch of people to be on the disc.
And for those keeping tabs, this one is Christmas music to me.
Useless Fact: I guess the record company sent out little packets of lemonade with the single to promote it. That's pretty creative if you ask me.
Posted by The Old Man at 9:28 AM

Labels: Leaderdogs for the Blind